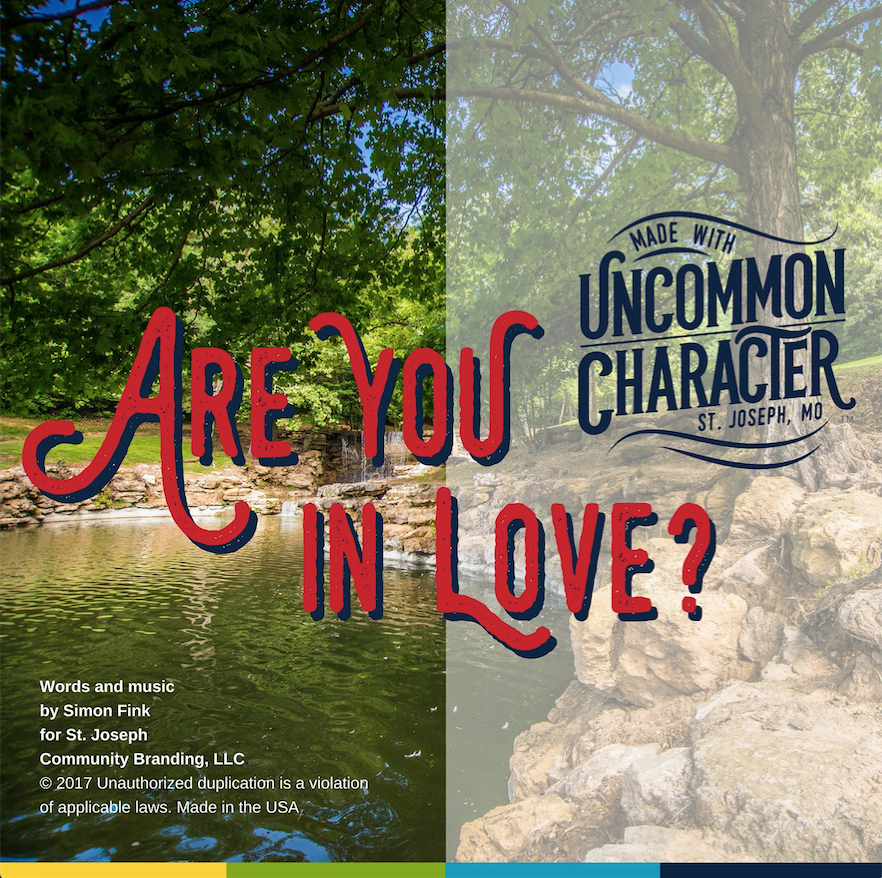 We recently produced this song by composer, Simon Fink of Under the Big Oak Tree. It’s got lots of our favorite players on it including members of Kelly Clarkson, Organ Jazz Trio, KC All-Stars, Under The Big Oak Tree, Under the Influence and Soca Jukebox. The song was mixed and mastered by Matthew Russo.

“Uncommon Character” (uncommoncharacter.com) is a rebranding event for our fair city with supporters and key players from all industries and civil organizations.

We love the song and we know you will too!

Uncommon Character – Are You In Love (Live) from St. Joseph Chamber of Commerce on Vimeo. 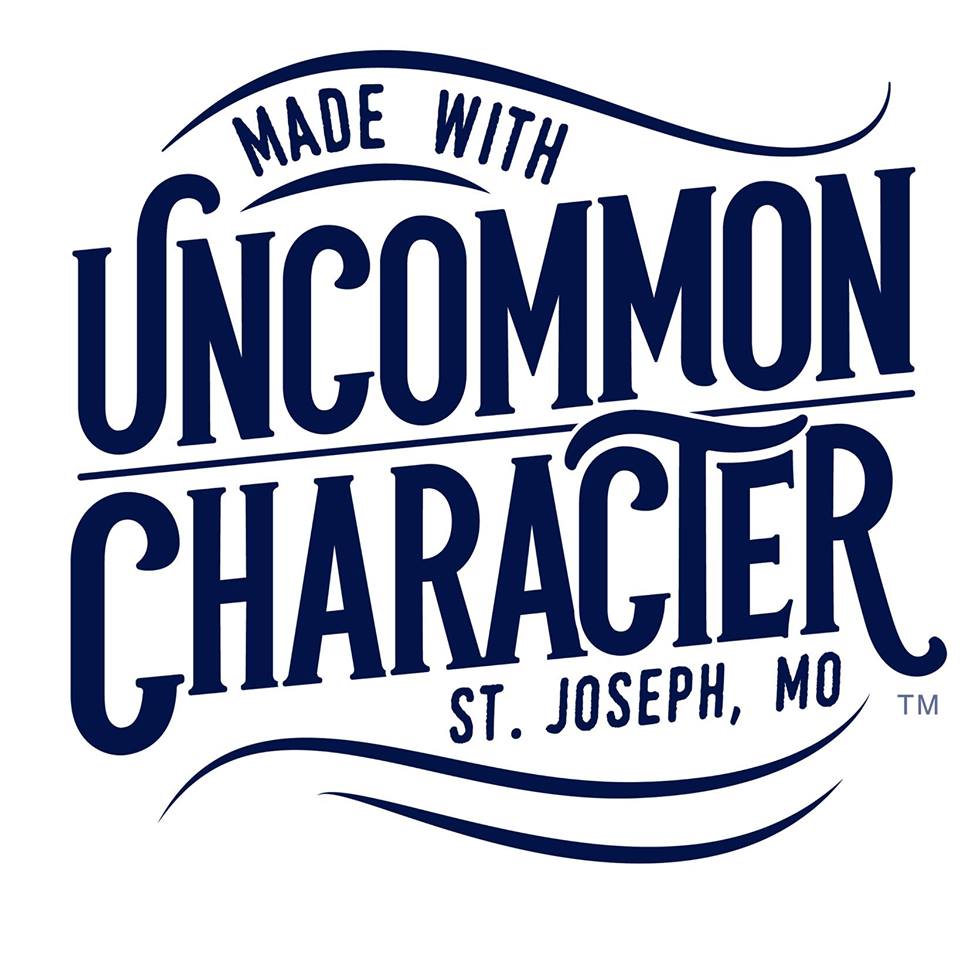 ST. JOSEPH, Mo. (November 20, 2017) – The community of St. Joseph has its own original song titled, “Are You In Love?” The song has been released online and is now available for download at www.uncommoncharacter.com. It can also be found on Apple iTunes and other popular music distribution websites. “Are You In Love?” was commissioned in August 2017 for the launch of St. Joseph Community Branding’s campaign, “Made With Uncommon Character.” It was written by Simon Fink, a local St. Joseph, Mo. musician of Under the Big Oak Tree fame.

Kristi Bailey, who leads the community branding initiative, said, “The song tells of St. Joseph’s past and those current residents who continually strive to make their lives better. It is for the people of St. Joseph, Mo., past, present and future.”

“We’re aiming to feature the best aspects of our community and region … starting with its unique people, places, and events of positive character and innovative spirit,” said Christel Gollnick, campaign creative manager. “’Are You In Love?’ is an upbeat Americana song that captures the personality of the region and summarizes what so many people love about living here.”

Fink said, “I’m hoping the song will help people get excited about the branding campaign and about their town.”

St. Joseph Community Branding, LLC is a nonprofit organization led by a collaborative grassroots group of communications and creative professionals working to promote the community of St. Joseph and the surrounding region while serving as a resource for all who are living, learning, working, playing and visiting the area. Made With Uncommon CharacterTM is the branding campaign launched in 2017.